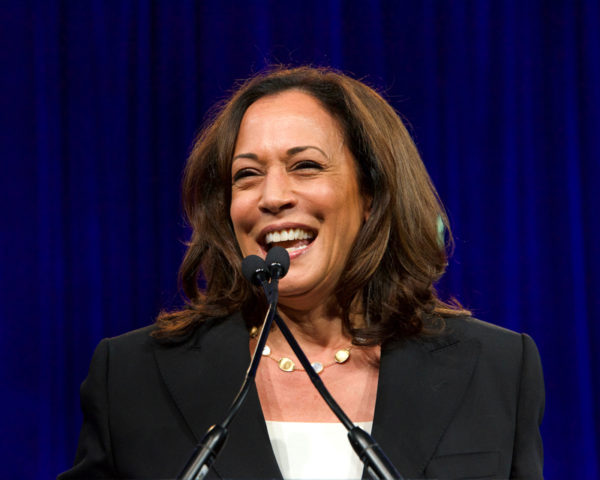 Vice President Kamala Harris is making a mistake by declining to visit the U.S.-Mexico border, but not for the reason that Republican critics may think.

In the political chess game between the Biden-Harris Administration and its Republican adversaries in Congress, in border states, and in the media, Republicans want to persuade the public that the Vice President is the border czar, so if anything goes wrong — which they hope it will — she will be the face of the disaster, and her possibilities will be diminished to become the next President of the United States.

The Democrat Harris, not wanting to fall into that political trap, has insisted–with President Joe Biden’s backing–that there is no need to go to the border because her role is to understand and ameliorate the root causes of migration from Central America. Border problems are for Homeland Security Secretary Alejandro Mayorkas to worry about, while Health and Human Services Secretary Xavier Becerra has the task of providing humane and welcoming environments for unaccompanied minors who have crossed the border without documentation.

Be that as it may, Harris should go to the border to facilitate her understanding of the root causes of migration.

She should take along with her on a border visit the ambassadors to the U.S. of Guatemala, El Salvador, Honduras, and Mexico, and sit with some unaccompanied minors, as well as with adults seeking asylum, and ask them to narrate exactly what led them to make the long trek to the United States.

An accomplished attorney with a fine legal mind, Harris should question and listen carefully to the migrants, and in the process educate not only herself, but also the ambassadors, the media, and the general public about the push and pull of migration.

Regarding the push, she should ask the migrants to tell, in their own words, the circumstances that caused them to leave their homes. Was it the hurricanes that caused so much damage to the property and crop feasibility in Central America? Was it the prevalence of gangs who try to force children to join them in their criminal enterprises? Was it the state of the economy in their country? Was it some other factor? Hearing the migrants’ accounts first-hand, and being able to ask them clarifying questions, would provide Harris with more insight than any statistic-laden governmental report..

Then, there is the question of the pull. Are the migrants coming because the United States has more job prospects? Did smugglers persuade them that there is now an open border policy under President Biden?

There is also the analysis. What percentage of the migrants are lured to the United States simply because our country provides better job opportunities than they have at home? If the economies of their countries were improved, would they prefer to stay at their homes? Similarly, what would be the migrants’ response if the crime situation in their countries could be ameliorated? And what if their hurricane-racked agricultural lands were restored?

Having the ambassadors with her would permit the envoys to report back to their home governments what kind of things the Vice President heard, and what sorts of issues their governments should be prepared to discuss in depth with her. If any of the migrants are fearful of repercussions if the ambassador from their country heard their story, arrangements could be made for private meetings with the Vice President and her staff.

I’m aware that Harris has already met with various authorities on migration, who have related to her second-hand some of the problems that have increased the flow of migration. In my view, that’s no substitute for hearing from the migrants directly because in the final analysis, this is not a political issue, it’s a humanitarian one.