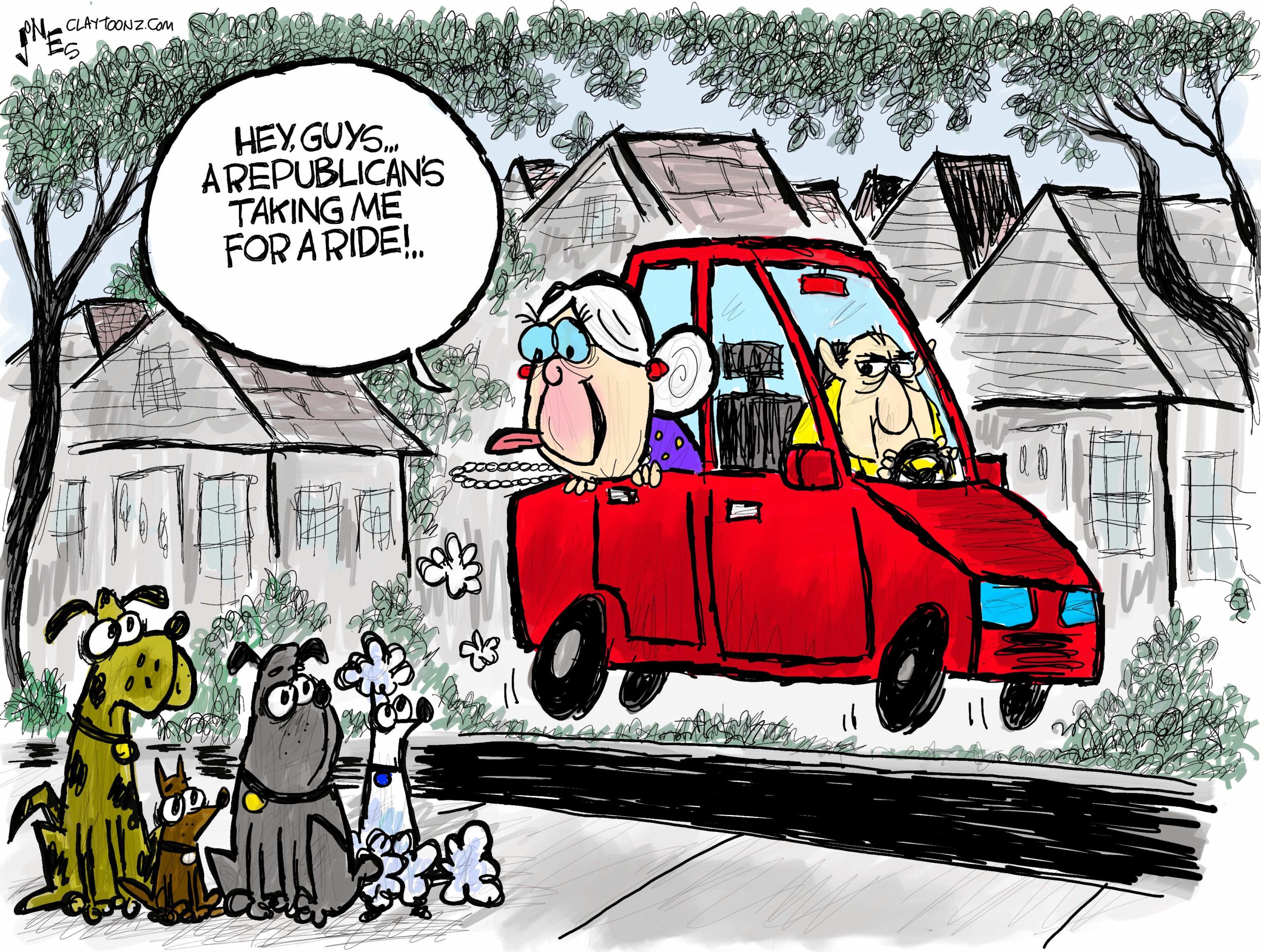 In case you haven’t noticed by now, Republicans are in a contest with each other to see who can be the vilest, most despicable, horrid person in their party. Keep in mind, this is the party that lied and said President Obama was creating death panels as part of Obamacare. The story here, whose biggest advocate was Sarah Palin, was that there would be panels deciding which old people to kill off.

The irony is that the GOP can stomach a lot of death. They value semi-automatic weapons over the lives of children. Kim Jong Un kills an American college student and the best Donald Trump can say is that the communist dictator “feels bad about it.” They don’t care about immigrant children dying in the desert or in the custody of Border Patrol. They don’t care if people in this nation die because they can’t afford medical treatment and are uninsured. Now, the Lieutenant Governor of Texas, Dan Patrick (not the ESPN guy), has advocated that old people should be willing to die in order to get the economy going.

Patrick is a Texan and a proud member of the party of “if you’re not rich, f–k you.” Now, the position is becoming “fuck off and die.”

Donald Trump wants everyone filling churches by Easter Sunday, which is April 12. He said “we can’t let the cure be worse than the problem.” Patrick is taking that to heart and has gone on television to endorse old people risking their lives for the economy. Patrick, who is 70, said to Tucker Carlson, “No one reached out to me and said, ‘as a senior citizen, are you willing to take a chance on your survival in exchange for keeping the America that all America loves for your children and grandchildren?’ And if that’s the exchange, I’m all in.”

He carried on with his nonsense and said, “And that doesn’t make me noble or brave or anything like that. I just think there are lots of grandparents out there in this country like me… that what we care about and what we love more than anything are those children.”

Republicans are not taking this seriously. Texas is a state without a stay-at-home order from the governor. There are other states too that aren’t taking the pandemic seriously, such as Mississippi, where the governor’s answer to the virus is that they’ll pray really hard.

As the pandemic was rising across the globe, Donald Trump thought denial and lies were the cure. He called it a hoax and yesterday, he still claimed the media was using it to defeat him. He uses it himself politically in calling it the “Chinese virus.” And, he still thinks it’s the flu.

In Pennsylvania, Republican state Representative Stephanie Borowicz introduced legislation (I swear I’m not making this up) calling for “A State Day of Humiliation, Fasting, and Prayer” in response to the coronavirus crisis. The legislation states, “We know that, by His divine law, nations like individuals are subjected to punishments and chastisement in this world” and the current pandemic may be “punishment inflicted upon us for our presumptuous sins.” It claims Pennsylvanians “have forgotten God” and thus need to “confess our national sins and to pray for clemency and forgiveness.” Why do I hear that in my head with a heavy southern accent? If anything, some Pennsylvanians have sinned by electing stupid fuckers to represent them.

Louisiana, which is becoming the next epicenter for the virus, has Senator John Kennedy, who downplayed the pandemic by claiming “poverty, hunger, and losing the entire economy” could also kill people. Likewise, Trump says suicides over the economy will outnumber deaths from the virus.

TV preacher Jim Bakker is hawking a fake coronavirus cure which I’m sure involves sending him money. Texas-based Evangelical preacher Kenneth Copeland claims he can cure the virus if you watch him preach on TV, which also probably involves money.

A Miami megachurch preacher, Guillermo Maldonado, has told his followers to pack his church and that fear of the virus is a “demonic spirit.” He asked the few people at his megachurch last Sunday, “Do you believe God would bring his people to his house to be contagious with the virus? Of course not.” So, if you’re afraid enough of the virus to stay home and not attend his sermon, you’re going to Hell.

Baton Rouge pastor Tony Spell is refusing to comply with a state order banning gatherings of over 50 people and said, “The virus, we believe, is politically motivated.” He passed out anointed handkerchiefs which are probably a lot easier to get now than Purell.

A pastor in Indiana, Paul Begley, believes the virus is a sign of the “end times.” A pastor in Pennsylvania (who probably voted for that nutjob state rep) says the virus is “demonic” and if you have it, then you are “healed in Jesus’ name.”

These politicians and preachers are willing to risk your life for their benefit. In the preachers’ case, it’s more revenue. In Trump and other GOP politicians, it’s their political hide. Donald Trump knows a recession hurts his chances of being reelected. What’s he going to say after people go over 30 days without a paycheck? Is he going to blame Obama, China, and the media? Probably. And the deeper we’re in a recession the harder it will be for a dumbass like Donald Trump to pull us out, and the majority of the nation knows that.

The most vulnerable to dying from the coronavirus are the elderly. The real irony in their willingness to sacrifice seniors for cheeseburgers, sermons, baseball games, and Trump rallies is that seniors, specifically the white ones, vote for Donald Trump (I’m not beating up on you if you’re a senior and you don’t vote for Trump. I’m a 53-year-old white male and my demographic is strongly pro-Trump. I’m the minority). But other than killing off their base, they’re putting themselves in extreme danger.

Donald Trump is 73. He can say he feels like a 30-year-old all day long but he’s still 73. He wants to relax the federal recommendations on social distancing and he doesn’t care if it kills people as long as it helps him. And people in his cult, like Dan Patrick (not the ESPN guy), they don’t care either.

The Republican Party doesn’t care if you die as long as it helps the economy. If you’re old, maybe you can help them even further by booking a cruise before you die.

But if you wanna stick around a bit longer, take some advice from your friendly neighborhood ink-slinging cartoonist: Don’t get into a car with a Republican. You may not come back.