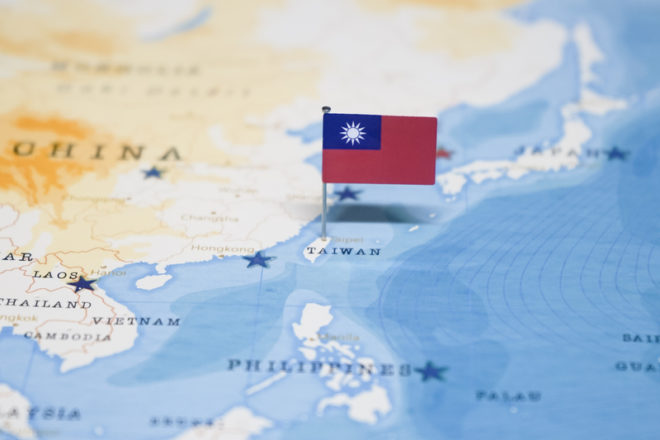 President Joe Biden is reasserting American power around the world. He believes and he has stated that democracy is the best form of government, and he is strengthening our relations with our democratic allies in Europe and Asia. His actions also show that he understands that dictatorships are the actual or potential enemies of the United States and democracy in general.

In particular the Biden administration has identified China as a major global threat. In the recently concluded talks held in Alaska between the American Secretary of State and CIA Director and China’s Foreign Minister, an American message was that the United States would no longer tolerate Chinese aggression in Asia and the Pacific. If this stance is to go beyond rhetoric, the United States needs to take certain steps, including pursuing more allies in the region. We have four solidly democratic Asia-Pacific allies: Australia, Japan, New Zealand and South Korea. There is one other democracy in the region that should be formally added to our list of allies: Taiwan.

Taiwan has had a difficult history since its founding. In 1949 the Communists emerged victorious in the Chinese civil war, and Nationalist leader Chiang Kai-shek and what remained of the Nationalist army fled to Taiwan. The Nationalists set up a government on the island which slowly became democratic, and by 2000 Taiwan was declared a full democracy by Freedom House, the nonpartisan organization that tracks global freedom. However, the Chinese Communists, rulers of China since 1949, view the island as a runaway Chinese province, not as an independent country. Over the past 72 years the Chinese have worked to globally isolate Taiwan.

In 1971, accommodating the growing power of China, the United Nations (UN) voted to strip Taiwan of UN membership. The United States, which had opposed the 1971 UN vote, began a duplicitous, two-faced policy toward Taiwan following Nixon’s 1972 China visit. We ended our diplomatic recognition of Taiwan and endorsed the ‘one-China’ policy, recognizing the Peoples Republic of China as Taiwan’s legitimate government, agreeing that Taiwan was part of China, not an independent country. At the same time we sell weapons to the Taiwanese, and United States Navy ships continue to patrol waters close to Taiwan, potentially protecting it from a possible Chinese invasion.

Perhaps it is time to set aside this duplicitous, hypocritical strategy and diplomatically re-embrace Taiwan as an independent country, and advocate for their readmission to the United Nations. There are a number of reasons for doing so. As mentioned above, Taiwan is a democracy, promoting Western values at a time when democracy is globally diminishing.

Of course, the Chinese will be absolutely infuriated if we do this. But would they be willing to go to war with the United States over Taiwan? Very Unlikely. However, they might seek to damage us economically by, for instance, suddenly dumping their U.S. Treasury notes and dollars onto the world market. But such a move would have negative consequences for China as well, so that is also unlikely. They will respond at the rhetorical level, screaming about our unacceptable behavior. From the American viewpoint the key issue is not whether they yell at us but this possible outcome: Would recognition of Taiwan as an independent country reduce Chinese aggression in the South China Sea and elsewhere? Nothing else we have done has reduced Chinese aggression; perhaps Taiwan recognition would.