Categories Menu
Home » Nature » Did penguins get tans 1,000 years ago? 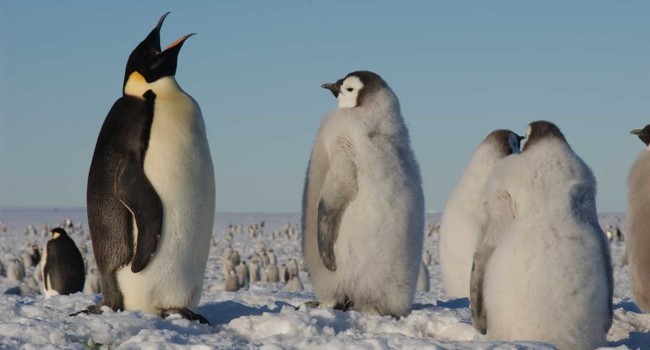 Did penguins get tans 1,000 years ago? One might wonder that after reading the science article “The Medieval Climate Anomaly in Antarctica”, published in Volume 532 (15 October 2019) of the science journal Palaeogeography, Palaeoclimatology, Palaeoecology.

From the abstract: “The Medieval Climate Anomaly (MCA) is a well-recognized climate perturbation in many parts of the world, with a core period of 1000–1200 CE. Here we are mapping the MCA across the Antarctic region based on the analysis of published palaeotemperature proxy data from 60 sites.”

Here are charts from the article that reveal how temperatures in Antarctica have varied over the centuries. 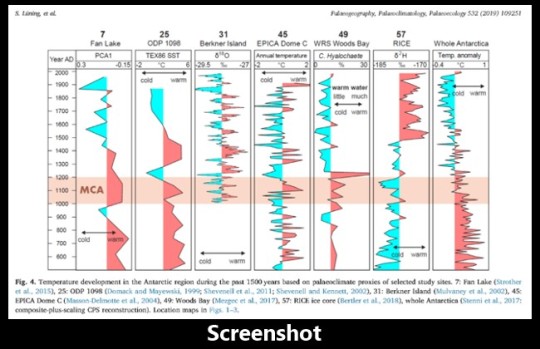 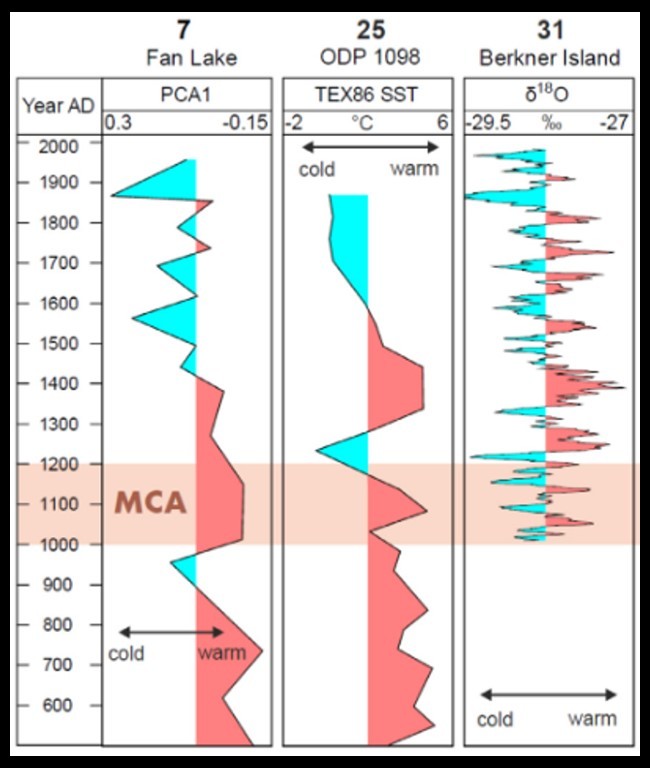 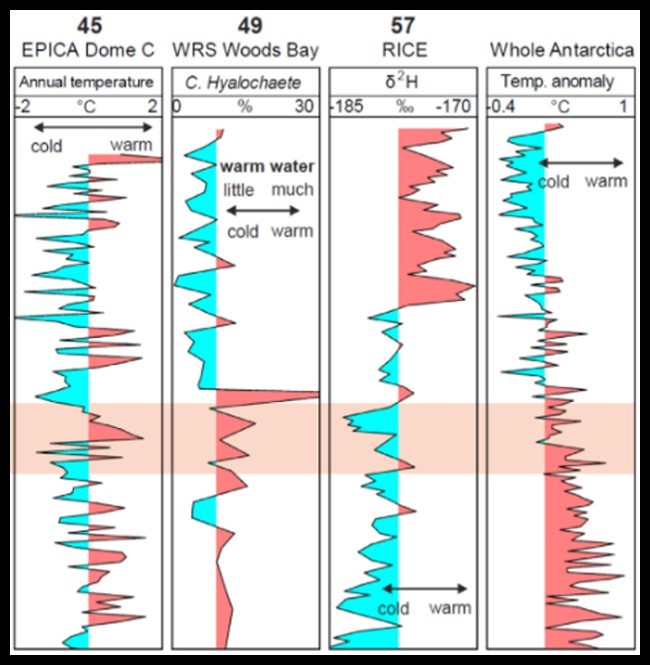 The Medieval Climate Anomaly is also known as the Medieval Warm Period, a global phenomenon depicted in the IPCC’s 1990 report. 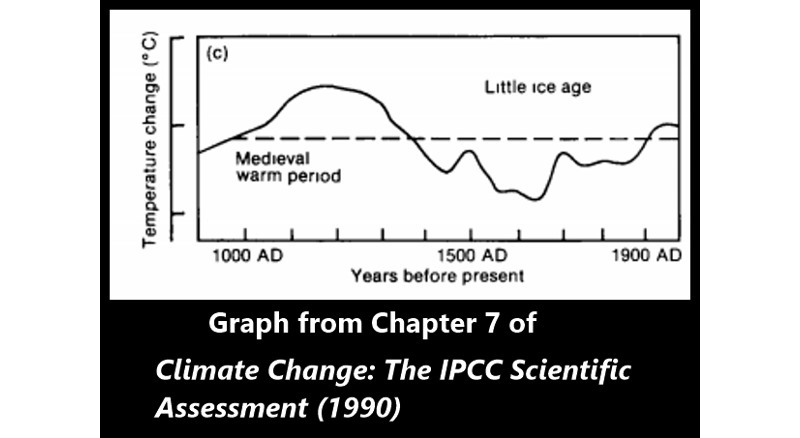 As climatologist Dr. David Deming told the U.S. Senate’s Environment and Public Works Committee, “Other research has since reaffirmed that the Medieval Warm Period was both warm and global in extent.”

In 2003, the Harvard-Smithsonian Center for Astrophysics reported that a review of more than 200 climate studies “confirmed that the Medieval Warm Period of 800 to 1300 A.D. and the Little Ice Age of 1300 to 1900 A.D. were worldwide phenomena not limited to the European and North American continents. . . The worldwide range of climate records confirmed two significant climate periods in the last thousand years, the Little Ice Age and the Medieval Warm Period. The climatic notion of a Little Ice Age interval from 1300 to 1900 A.D. and a Medieval Warm Period from 800 to 1300 A.D. appears to be rather well-confirmed and wide-spread, despite some differences from one region to another as measured by other climatic variables like precipitation, drought cycles, or glacier advances and retreats.”

In 2013, Science magazine published a report titled Pacific Ocean Heat Content During the Past 10,000 Years. Science magazine states, “The findings support the view that the Holocene Thermal Maximum, the Medieval Warm Period, and the Little Ice Age were global events, and they provide a long-term perspective for evaluating the role of ocean heat content in various warming scenarios for the future.”

Anyway, back to the original question. Did penguins get tans 1,000 years ago?

Penguins probably can’t get tans, although some penguins might try. 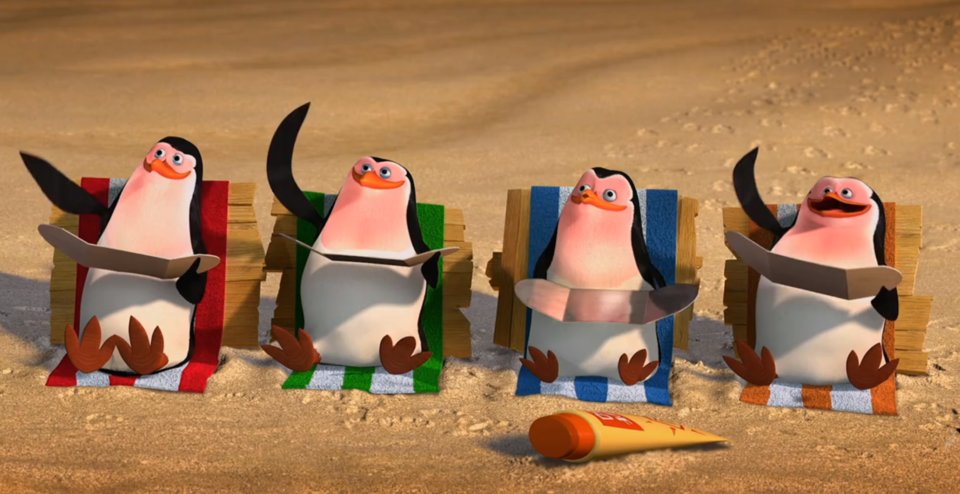 The last image is a scene in the 2005 DreamWorks animated movie Madagascar.
Last image via Business Insider.