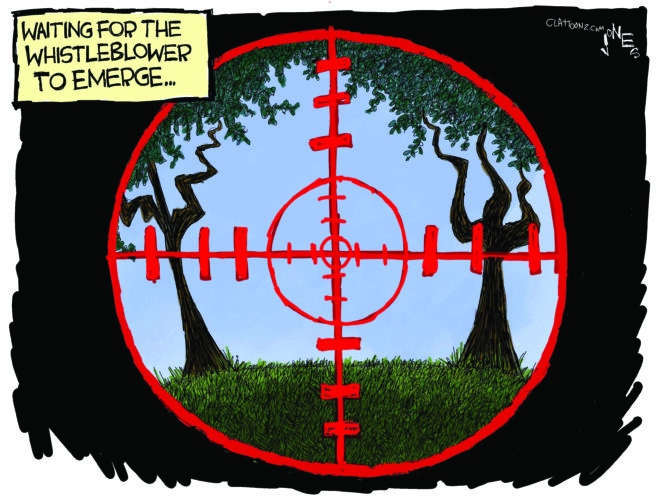 There’s only one reason Republicans like Donald Trump and Rand Paul want the whistleblower to be revealed. It’s because they can’t attack the context. Listen to what Trump says about the guy and, if you’re not a Republican, you’ll notice he only has lies.

Monday night, at a Trump hate rally in Kentucky, Rand Paul demanded the media do its job and reveal the whistleblower. First off, Rand, it’s not the media’s job to expose the whistleblower and put his life in danger. What he’s reported is more important than who he is. We already know what he is. Rand Paul is the last person, other than Donald Trump, who would have a clue as to the media’s job.

There is a real danger to trying to expose the whistleblower. Do you remember Comet Pizza? There was a conspiracy theory that Hillary Clinton was running a child sex slave ring out of the basement of a Washington, D.C. pizza parlor. There weren’t any child sex slaves. The pizza place didn’t have any connection to Hillary Clinton. The pizza place didn’t even have a basement. Yet, a conservative lunatic who was troll bait for Russia’s campaign to elect Trump drove to Washington with the agenda to shoot up the pizza parlor.