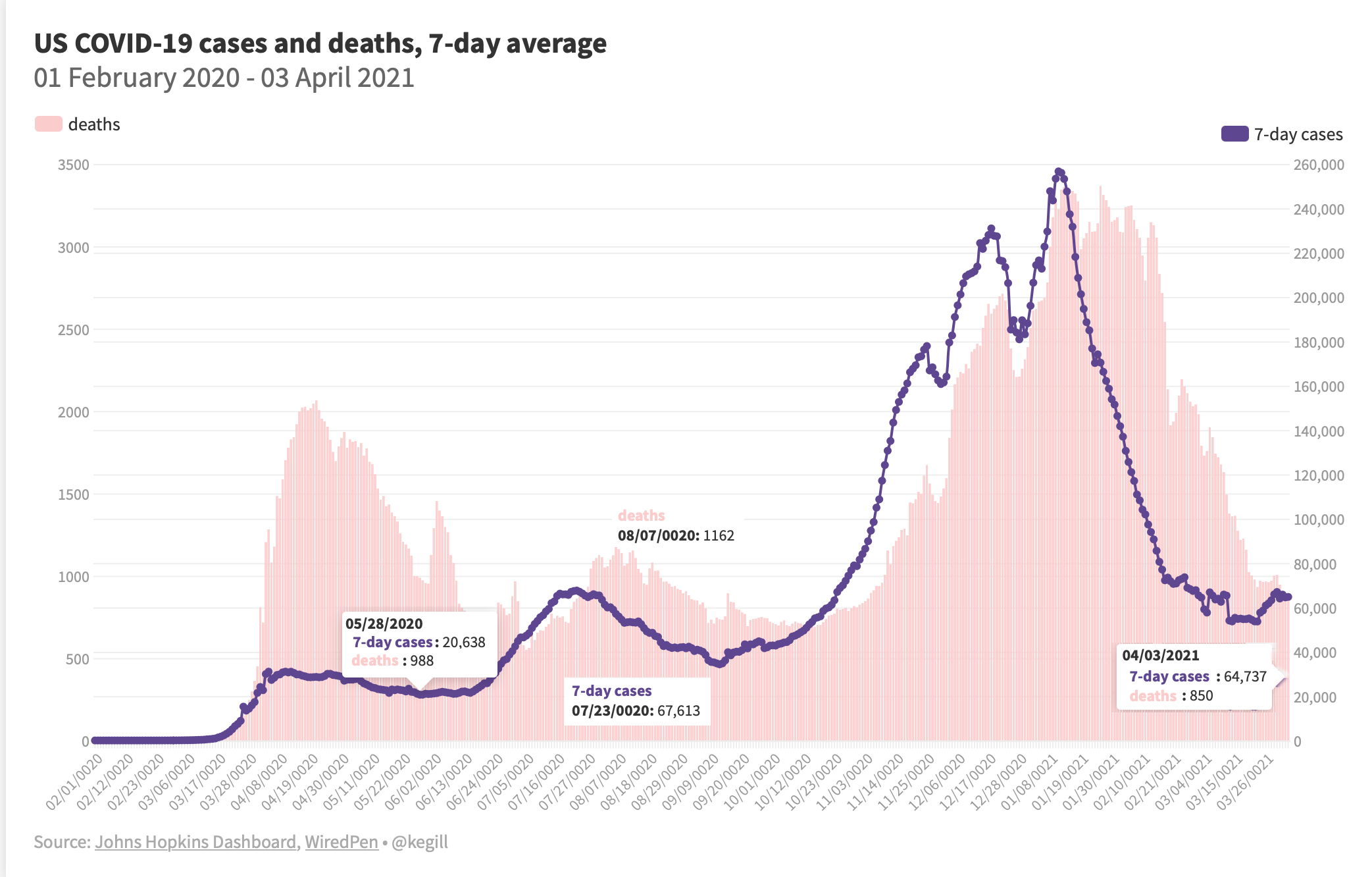 One year ago, 04 April was the 75th day after the first case of COVID-19 had been announced in the United States and the outbreak had been labeled a global pandemic.

Unlike last March, we have robust testing across the country (although it’s not being utilized as well as it should be), and most hospitals are not feeling pressured. If you’re fully vaccinated, the CDC says it’s OK to travel.

The worrisome news is that cases in the US have again plateaued and begun rising. Case numbers are climbing rapidly in the European Union; since last October, the US has followed the EU trajectory (with a lag).

“The upper mid-west is just now beginning to start this fourth surge,” Michael Osterholm, director of the Center for Infectious Disease Research and Policy at the University of Minnesota, reported on Meet the Press Sunday. Michigan is “seeing an increasing number of severe illnesses, ICU and hospitalizations in individuals who are between 30 and 50 years of age who have not been vaccinated.”

If we are entering a fourth surge, what might be the cause? The easy response is variants, and the cynical one, “Covid fatigue” among the unvaccinated.

The scary one: kids. A 25 March 2021 joint report from the American Academy of Pediatrics and Children’s Hospital Association paints a troubling picture. Based on state data (some do not report by age), we have had 3,405,638 cases of children and teenagers contracting Covid-19, which as 13.4% of all cases the date of the report.