Posted on January 10, 2022
You are here: Home / Featured / Conservatives are being hypocritical about African COVID-related travel ban

Voices in the conservative ecosystem would like you to believe that President Biden’s travel ban, justified as a way to slow the arrival of the Omicron variant, is just like President Trump’s African immigration ban in 2020. And that they’re being two-faced as a result.

The measures aren’t the same.

The conservative claim is both disingenuous and intellectually dishonest.

On 31 January 2020, President Trump banned travel from China due to the “risk of transmitting the 2019 novel coronavirus.”

At the same time, he prohibited citizens of six African countries (Eritrea, Kyrgyzstan, Myanmar (Burma), Nigeria, Sudan and Tanzania) from applying for immigration visas. This was an expansion of his 2017 Muslim ban.

The Trump Admin’s expansion of its un-American travel ban is a threat to our security, our values and the rule of law. Barring more than 350 million people from predominantly African countries from traveling to the US, this rule is discrimination disguised as policy.

In other words, the Trump ban on immigration (not travel) from Africa was not related to COVID-19 or any other public health concern. Visits (i.e., travel) for education, business, medical reasons or tourism were not effected.

The Department of Homeland Security cited concerns about passports and information sharing, not COVID-19, when justifying that immigration ban.

Both former VP Biden and and then-Sen. Kamala Harris criticized the Trump immigration ban, as they had criticized the 2017 predecessor ban. Reversing that 2017 Muslim ban was one of Biden’s first acts as President.

Don’t be fooled by the false equivalence permeating the conservative and GOP ecosystem.

The “Trump racist” tweets were in response to the African immigration ban, not the restriction on travel from China. Trump conflated the two in the same press event.

Earlier in November, the Biden Administration lifted the Trump COVID-19 travel restrictions. In its place: visitors must be fully vaccinated with negative tests. Banning residents from a handful of countries will not stop Omicron from infecting Americans.

Rather than engage in intellectually dishonest comparisons, conservative leaders should join Democratic ones and urge vaccinations, boosters, masking and distancing. And Biden should rescind this ban and urge allies to rescind theirs, too. 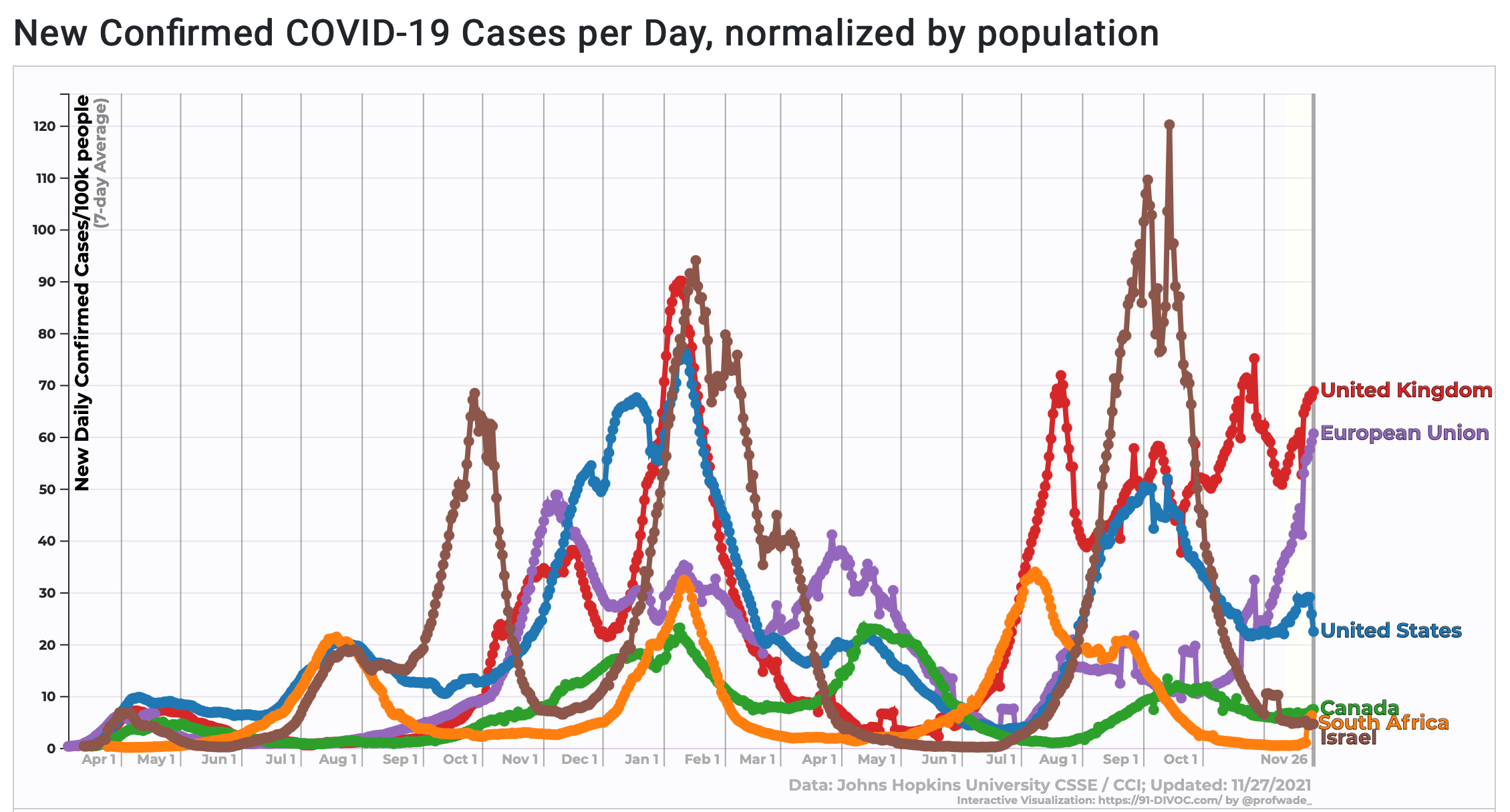