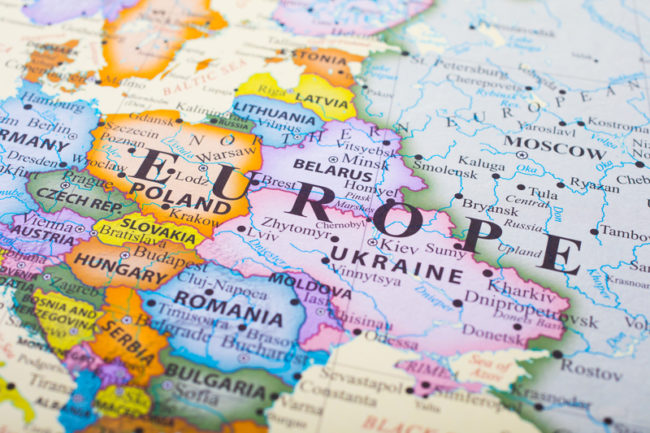 KFAR SABA, Israel — A Christian, a Muslim, and a Jew enter a bar. The bartender asks, “Is this a joke?” That’s how I feel after reading a recent Reuters article (3/4/21) entitled, “West scraps plan for IAEA rebuke of Iran.” Evidently Britain, France and Germany scrapped their plan, backed by the US, criticizing Iran for its many, serious actions regarding its nuclear activity. This must mean that the three European countries believe that they will be more successful in reining in Iran by being nice and continuing negotiations than by showing diplomatic strength.

Reuters: “The European powers, all parties to the 2015 deal, have been lobbying for the International Atomic Energy Agency’s 35-nation Board of Governors to adopt a resolution at its quarterly meeting this week expressing concern at Iran’s latest breaches, including ending the basis for snap IAEA inspections…. Just as time for a resolution was running out, the IAEA announced a new diplomatic push to get answers from Iran.

We are trying to sit down around the table and see if we can resolve this once and for all,” IAEA chief Rafael Grossi told a news conference called at short notice, outlining a process that will start next month.”

Good luck with that.

What could possibly validate the idea that Iran is trustworthy? There is no treaty or agreement that validates Iran as an honest party to negotiations. The Iranians love to negotiate because they are Olympic “gold medal” winners at it. Iran literally runs rings (OOOOO) around its negotiating adversaries by broadly smiling, promising to adhere to provisions, broadly smiling, refuting evidence of its duplicity, and broadly smiling some more. As negotiations dawdle, Iran acts malevolently through its proxies and advances its nuclear weapon activities.

Iran’s negotiators are tough, smart, and realistic. They know their partners across the table will do just about anything to sign some kind (any kind) of agreement. For the Europeans and Americans, a bad deal is better than no deal. For the Iranians, talking about a deal is even better than signing one.

With proven prevaricators like Iran, N. Korea, or China, there must be overt, punitive consequences for bad acting. Concerning the JCPOA (Iran nuclear deal), the Western negotiators fell all over themselves acquiescing to Iran’s demands. Not only that, the deal failed to address ancillary issues such as ballistic missile development and Iranian’s proxy armies’ activities.

You might remember President Obama’s claim that a “snap-back” would immediately happen if there were any deviation from the (woefully inadequate) plan. That was nonsense from the beginning. When President Trump tried to initiate a snap-back via the UN, none of the other signatories to the Iran deal agreed. The Europeans were content to let Iran violate any and all provisions of the agreement regardless of Iran’s bad behavior. Their remedy was to complain about Iran’s bad behavior.

Naturally, the Europeans’ along with Russia’s and China’s reluctance to confront Iran impacted the American plan. Still, American punitive financial measures managed to somewhat constrain Iran’s efforts to forge ahead towards its goal of nuclear weapons capability. Now that there’s a new American administration, one would expect the Europeans to grow a little backbone to support the weak changes in behavior that President Biden seems ready to accept. But, no, not even a rebuke is necessary. More negotiating will bring the best result, the Europeans aver.

In contrast, the Abraham Agreements between Israel, Bahrain, and the UAE are a promising development which may produced a more muscular approach to keeping Iran from “exploding” the region. Israel alone may be strong enough to force Iran to back down. With its two new “partners,” it is that much more potent. If Saudi Arabia cooperates, the quartet would be stronger still against Iran.

Who has the most to lose by Iran’s dangerous, destructive behavior? Not Europe, although they are now vulnerable to Iran’s powerful ballistic missiles. Not the US, although it is Iran’s reputed #1 enemy, the Big Satan. It’s the aforementioned four Middle Eastern countries in Iran’s neighborhood. So far, Israel and its Arab partners and near-partners haven’t been asked to participate in strategizing about Iran’s behavior.

On March 5 another news item appeared, this one from the UK’s Daily Mail:

UK Prime Minister Boris Johnson has called for a new ‘Trump deal’ on the same day European signatories to the Iran nuclear treaty said they would trigger the agreement’s dispute mechanism, paving the way for fresh sanctions on Tehran…. ‘Let’s work together to replace the JCPOA and get the Trump deal instead.’ If that joint commission is unable to resolve the dispute, it is again forwarded to the United Nations Security Council….The first meeting of the process will take place in Austria by the end of the month, a diplomatic source said. They [paradoxically] added that they would like to ‘once again express our commitment’ to the deal and would not join ‘a campaign to implement maximum pressure against Iran’ championed by US President Donald Trump who walked out of the accord in 2018.”

I’m confused by the contradictory pronouncements by PM Johnson. But I am convinced that sitting around a negotiating table with a metaphorically unloaded gun isn’t the best strategy. Nevertheless, it’s the one pacifistic Westerners like to use. One thing is sure: allowing the weak Europeans to let Iran steamroll them isn’t a policy that Israel will accept. Unfortunately, this isn’t a joke.

Steve Kramer is a freelance writer based in Kfar Saba, Israel. He may be contacted via [email protected] This article is reprinted from San Diego Jewish World which, along with The Moderate Voice, is a member of the San Diego Online News Association.