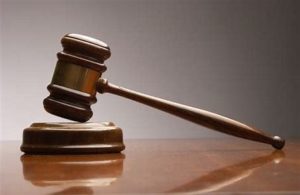 First, thank you Notorious RBG.  You have been a giant, before you reached the Court and since you have been on it.  You will now be a giant in history.  A distinction you have earned and richly deserve.  In parting you left us with your parting words that you wished not to be replaced until the new president was installed.  I did not often disagree with you during your life, but I will dare to disagree with you now.

The more serious question is not who will replace you or which president will choose that replacement.  The question is how can the Court regain its balance.  Currently 5 to 4 (now 3) conservative, the imbalance will grow with a Trump appointment to 6 – 3.  That is the death knell for abortion rights, voting rights, and the ACA.  It is frankly the death knell for most progressive legislation for 30 years.  No, this not hyperbolic; it is projection based on fact and experience.

This also opens a door as is often the case in tragedy.  The Founders of the United States, and the authors of the Constitution did not anticipate a Judicial Branch made up of partisans led by a Supreme Court made up of political operatives from the legal class turned robe-wearers.  The Constitution foresaw a neutral judiciary focused on fair justice, not ideological preemption.  Now is the time to consider a return to that ideal.  Allow me to present a couple of steps toward realizing that foundational goal.

As a starting point, a Supreme Court of 15 members.  It has been set at nine since the Judicial Act of 1869.  At times prior it was as low as six and as high as ten.  Its size is determined by Congressional law.  It is not written either in stone nor in the Constitution.  In the 150 years since the Judicial Act of 1869, the population and the territorial expanse of the country has grown dramatically, and we have become a remarkably litigious society.  With only nine members, the Supreme Court decides fewer than 100 cases most years.  That is insufficient to meet the demand of present day America.

How to return fairness and non-partisanship to the courts is a more difficult question.  Let’s start with a simple proposition, then add a more complex one.  The simple proposition is to reverse the Trump administration’s deletion of input from the American Bar Association in offering an opinion on judicial qualifications.  Eliminating that check to assure competence has resulted in a number of unqualified individuals being nominated for, and even confirmed to, judicial positions.  Reinvolving the ABA adds layer of stability to the process, and can be achieved through executive action.

The more controversial move would be the establishment of a “Judicial Neutrality Commission”.  This would be a standing commission to assess the evidence of ability to perform neutrally as a judge, as well as whether sitting judges were honoring the noble ideal of good faith neutrality (more on that part in a minute).  The first part, neutrality in nomination and confirmation could work two ways, and be enforceable in one.  Good faith presidents could rely on the Commission’s assessment in making appointments.  That cannot be Constitutionally enforced given the prerogative provided the President in making nominations.  The second part could be enforceable by Senate rule change, namely that no nominee who failed to meet neutrality standards would be deem adequate for confirmation.

Now the controversial part, using the “Judicial Neutrality Commission” to require neutrality by sitting judges.  This would begin with an annual assessment, or perhaps an assessment every two or three years of all sitting judges of the Federal Bench.  Time now to get into the weeds.  The Constitution provides at Article III, Section 1 that federal judges, including those on the Supreme Court, hold their offices for life “during good Behavior.”  The proposal is that Congress enact a law that failure to maintain judicial neutrality specifically constitutes a violation of the “good Behavior” standard, and that any federal judge who violated that standard would therefore be subject to impeachment.

Some radical thoughts.  What do you think?