Posted on November 25, 2020
You are here: Home / Economy / Biden is the better choice for constructive coexistence with China 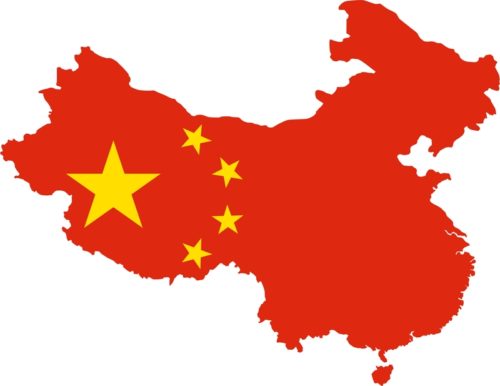 Joe Biden is more likely to entice China back into the international community instead of creating two parallel worlds as Donald Trump is doing, one led by the US and the other by China.

A main foreign policy reason for preferring Biden on 3 November is that his steady personality is better suited to dealing with China’s Xi Jinping and other top officials who abhor instability.

Trump is forceful but flaky by Chinese standards. He is seen as an unreliable partner for the agreements on trade and high technology that Beijing would like to depend on for decades.

The US and China are heading towards a “Great Fracture”, United Nations Secretary-General António Guterres said recently. The two could “split the globe” into separate trade and financial blocs with diverging Internet and artificial-intelligence capacities.

Such a geostrategic and military divide and could lead to Cold War and worse. Biden may be better suited by temperament to preventing this kind of geopolitical disaster and a new division of the international community into two or more blocs grabbing at one another’s throats.

The Beijing leadership’s 5-year strategy for China announced earlier this week also leans towards a decoupled world. Beijing will use its formidable State power to develop indigenous replacements for all key high technology imports, including semiconductors, from the US partly because Trump has placed hurdles for their export to Chinese companies.

A policy reset with Beijing is urgent to prevent a long technology war and also because China is the only economy with positive economic growth so far this year. As such it is the only locomotive available to help pull the US and European economies out of troubles caused by the Covid-19 pandemic.

What Xi wants above all is stability to keep his country’s people compliant and willing to accept Chinese Communist Party (CCP) rule for decades to come.

Trump repeatedly holds China responsible for Covid-19 and is branding CCP rule in Beijing as undesirable. This is causing deep affront to Xi and his colleagues who value “face” above all else in inter-personal relations and international relations.

After years of Trump’s bullying, as Beijing calls it, Biden’s courteous style will be a relief for Xi and his cohorts. Xi does not want a Cold War, and certainly not a hot war, which might destabilize China from within by turning CCP stalwarts against him or provoking people to turn against CCP rule.

In foreign policy, Xi is trying to make his countrymen and the world believe in Beijing’s willingness “to join hands with people of all countries,” to create “a shared future for mankind”.

But his extreme policies towards Muslim Uighurs in Xinjiang province and aggressive handling of Hong Kong, including a new security law, cast doubt on Xi’s intentions.

Even Germany’s measured Angela Merkel echoed Trump when she recently called Beijing’s treatment of Uighurs cruel and warned that the European Union and CCP have “fundamentally different social systems”.

Xi has a diplomatic opportunity because many countries, including Western allies, are scornful of Trump’s abrasive style and policies which have eroded their trust in Washington.

That offers Xi new possibilities for ensuring internal stability in China. This is vital because the CCP’s grip over China is not as trouble free as its propagandists would have us believe.

It is easy to forget that internal stability in China is very recent. The country has been a unified State for barely 71 years since 1 October 1949. Most of that time until Chairman Mao Zedong’s death in September 1976 was spent in unimaginable suffering for the Chinese people caused mainly by Mao and the CCP as he tried to retain power over both party and country.

Mao’s Great Leap Forward (1958-1962), the Great Chinese Famine (1959-1961) and Cultural Revolution (1968-1976) caused deaths estimated at more than 60 million. That was on top of severe upheavals in people’s lives and monstrous abuse of power and corruption among Maoist elites.

Xi rules a hugely different China now but it remains almost as wobbly internally as in Mao’s time. The risks to Xi are greater because the people are richer and bolder now compared to the cowed millions under Mao’s thumb. In the social media age, controlling people is not as easy as in the past.

The CCP is also a more complicated beast with over 120 million members and local leaders firmly rooted in their fiefdoms. They control larger local economies and can independently access too much local wealth to be easily controlled by diktat from Beijing.

The World Bank estimates that $97 trillion of infrastructure investment is required worldwide by 2040. The need is especially acute in developing countries but orderly investment would benefit all of world trade while raising living standards everywhere.

That leaves many opportunities for Biden initiatives to promote infrastructure investments around the world through partnerships, including with Xi’s signature $1 trillion Belt and Road initiative. These offer ideal pathways to restoring the US soft power decimated by Trump.

But Xi requires deft handling partly because his assertive, sometimes muscular, foreign policies are unpalatable to the West, including in South Asia, the South China Sea and the Taiwan Straits.

Biden will find many friends around the world if he confronts China firmly while also integrating it more tightly into the global economy. Trump is failing on these counts.