Posted on January 11, 2021
You are here: Home / Featured / A Case of Clueless Newspaper Editors 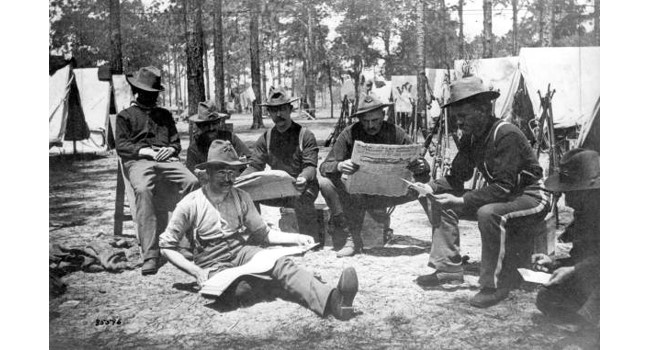 Here is the editorial’s beginning:

“Counter speech doctrine posits that the best remedy for negative or inaccurate speech is more accurate, positive speech. There are exceptions to this rule of thumb, of course, including obscenity and fraud and speech that incites imminent lawless action. Generally, though, offensive and inaccurate speech is protected. Facebook’s Mark Zuckerberg needs reminding of this fact.”

No, Mark Zuckerberg does not needed to be reminded, because the Pittsburgh Post-Gazette’s editorial board is reading into the First Amendment something that is not there. The First Amendment prohibits government censorship of speech, but it does not forbid private companies from choosing which speech that they will transmit. The Pittsburgh Post-Gazette’s editorial board admits such when it states, “Facebook is a private company and has the right to make such sweeping bans to objectionable content.”

So, in one breath, the editors accuse Mark Zuckerberg of violating the First Amendment. In another breath, they admit that he isn’t doing so.

The editors try to excuse their mangling of the First Amendment with this statement: “The social media giant isn’t a news site but an aggregator — it doesn’t produce original content but disseminates individuals’ and companies’ content.” 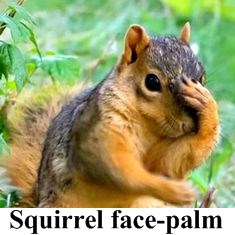 The Pittsburgh Post-Gazette’s editorial board ends its non sequitur commentary by saying, “Free speech must be protected.” Well, Facebook isn’t threatening free speech. Instead, Facebook is doing what newspaper editors do – deciding what content to publish.

So, why would the Pittsburgh Post-Gazette publish such a bad editorial?

Well, if Wikimedia is correct (which isn’t always the case), the Pittsburgh Post-Gazette has become a right-wing rag that supports Donald Trump, and the speech “censored” by Facebook is speech being promoted by right-wing extremists. 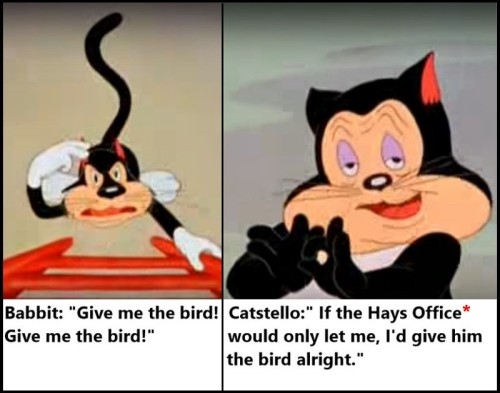 *According to Britannica.com, the Hays Office was an organization “that promulgated a moral code for films” and “in 1930 developed the Production Code, which detailed what was morally acceptable on the screen.”

(The two above-shown cartoon scenes are from the first-ever cartoon to feature Tweety, the bird that Babbit refers to.)